For his second solo show at Platform A, Kennedy presents recent work in a variety of media including, drawing, painting and sculpture. Kennedy’s work playfully parodies science, the dominant ontological pursuit of our time, sharing its aim to unearth truths about the natural world and our relationship with it. The exhibition offers a reductive, abstract visual language drawn from a variety of interests including, horology, electrical circuits, symbols and glyphs, patterns in nature, X-ray crystallography imagery and quantum mechanics.

A decade of exhibitions at Platform A Gallery has brought many interesting and exciting projects throughout some very difficult times, such as the fallout from the 2008 economic crash and, of course, the recent pandemic.

For their first solo show at Platform A and in the North East, Will Hughes will show a selection of sculptural works which focus on material language, personal experiences and class.

Placed
Jonathan Chapman
18th September - 30th October 2020
My camera is my dog, it changes me from sad loner to purposeful flaneur. When I returned to this region, like a dog, I wanted to be outside exploring this new familiar place.

Flying Carpet
Leslaw Tetla
20 February – 2 April 2020
Lesław Tetla is interested in the fabric of the city as written onto its architectural modules. He examines the subcutaneous geometry that channels the movements of city residents, shaping their attitudes and types of behavior. In the new project, he creates sequences of paintings depicting the façades of traditional English houses in Stockton and Middlesbrough, which are now populated by immigrant communities.

Gutter Words
Jo Hamill
22nd November - 7th January 2020
Gutter Words is a complex book work and the culmination of a 10 year enquiry which aims to explore the sculptural space of language, the book and its physical connection to the body. The written word and the book are mediated through an array of linguistic, design and typographic conventions which act as the safeguards to a tightly managed experience...
Materials
Annie O'Donnell, Phil Illingworth, Tony Charles, Emma Bennett, Alan Hathaway Lorraine Brown
27th - 29th September 2019
Exhibition for Middlesbrough Art Weekender

Making Matters
Andrew Bick, Katrina Blannin, Clem Crosby, David Ryan, Francesca Simon, Kate Terry
10th October - 20th November 2014
This exhibition looks at the relationship between the construction of an artwork and its physical presence...
A Sublime Confluence
Rick Copsey
11th July - 22nd August 2014
A Sublime Confluence is a solo exhibition by Rick Copsey which presents new and recent works in the current Paintscape series, an extension of the Seascape series of 2010 – 2011...
White Nights
Lothar Götz
2nd May - 13th June 2014
Whilst Götz’ practice ranges in scale from site-specific wall paintings and room-sized spatial installations to paintings and drawings, there is a clear coherence and dialogue across his body of work...
AV Festival 14: Extraction
Rossella Biscotti, Kevin van Braak
1st March - 31st March 2014
Rossella Biscotti & Kevin van Braak's new work for AV Festival is part of the ongoing series of sculptures After four rotations of A, B will make one revolution (2009-2013),
All Depth and No Substance
Richard Talbot
17th December 2013 - 30th January 2014.
A problem for art historians is that it is often those paintings that are held to be prime examples of the use of perspective in the early Renaissance, which, when looked at closely, defy the rules of perspective...
The Tyranny of the Picture Plane and Other Pressure Tools
William Tillyer
25th October- 5th December 2013
Exhibiting the work of William Tillyer at Platform A in parallel to his retrospective at MIMA presents an interesting challenge...
Interruption
Lee Machell
12th July - 22nd August 2013
Interruption is a solo exhibition by Lee Machell in which a Duchampian lexicon of playful dissent pervades the space of Platform A.....
North South Divine
Exhibition display at Platform A Gallery and WW Gallery, London.
Alison Wilding, Kate Davis, Annie O’Donnell, Phil Illingworth, Deb Covell, Tony Charles, Boa Swindler, Chiara Williams
3rd April - 11th May 2013 (WW)
17th May - 20th June 2013 (Platform)
WW and Platform A are pleased to present North South Divine, an exhibition of works by eight artists across two cities situated at the North and South of the country, featuring Alison Wilding, Kate Davis, Tony Charles, Deb Covell, Chiara Williams, Boa Swindler, Phil Illingworth and Annie O'Donnell.....
Reporter
James Brooks
1st March - 11th April 2013
James Brooks uses radio, film, television and paper-based media sources, of varying cultural status, as starting points to make drawings, prints, audio, and video works. His practice implements a variety of slight to laborious interventions as a means to realize esoteric manipulations of the original source material.....
Know Your Place

‘One launches forth, hazards an improvisation. But to improvise is to join with the World, or to meld with it. One ventures from home on the thread of a tune. Along sonorous, gestural, motor lines that…graft themselves onto or begin to bud ‘lines of drift’ with different loops, knots, speeds, movements, gestures, and sonorities.’ Giles Deleuze and Félix Guattari...... 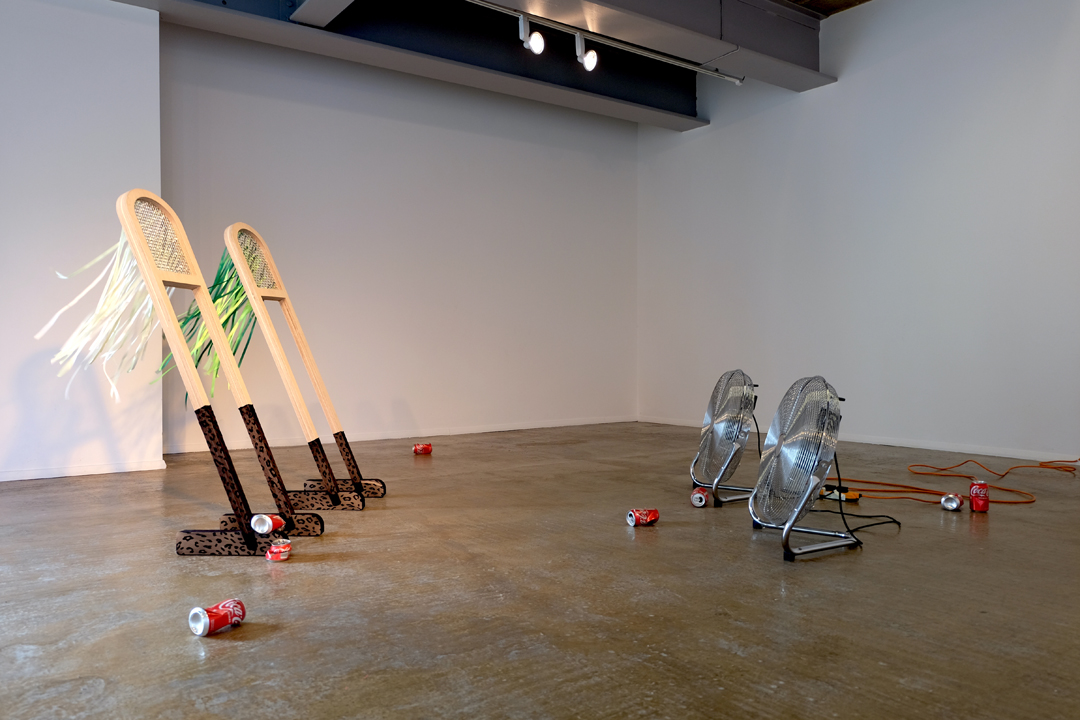 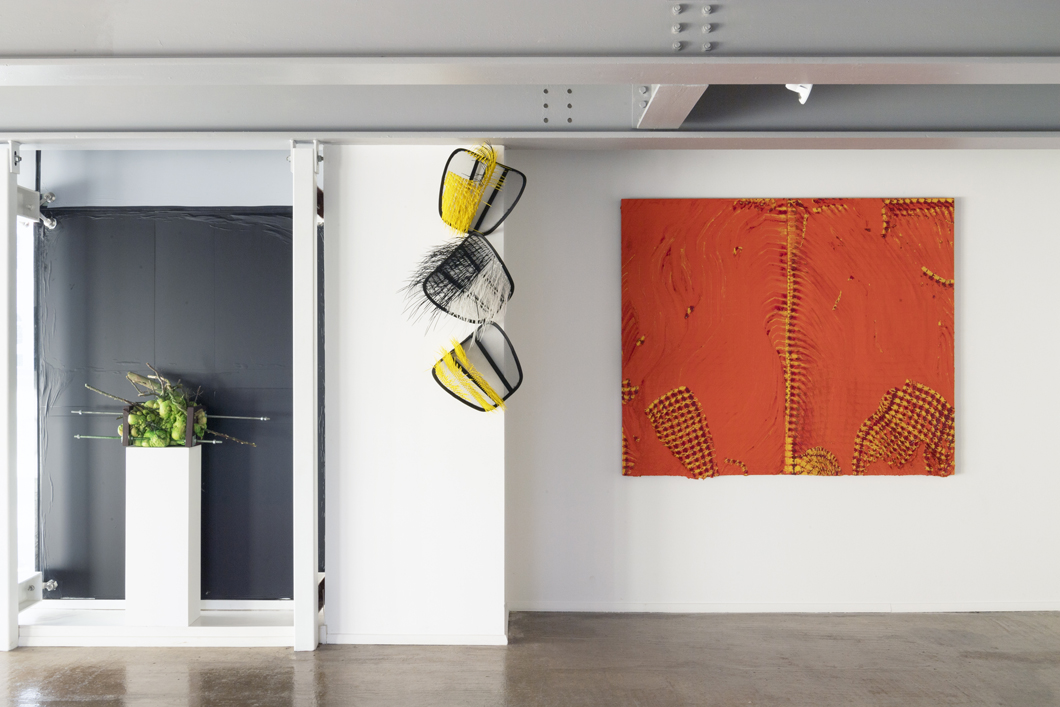 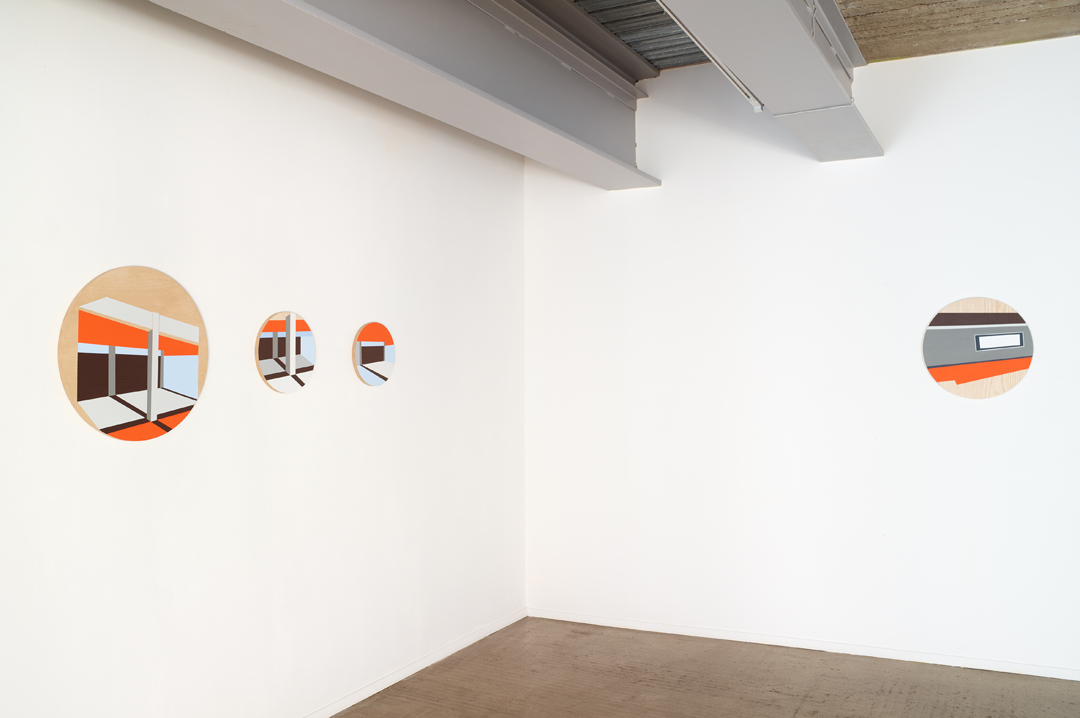 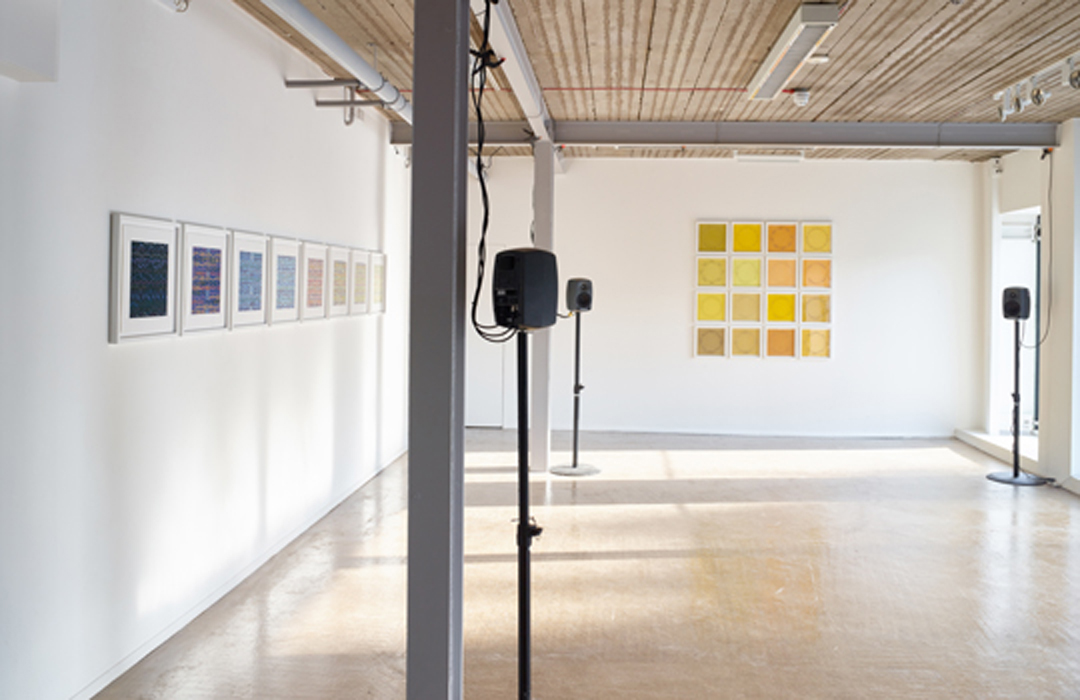 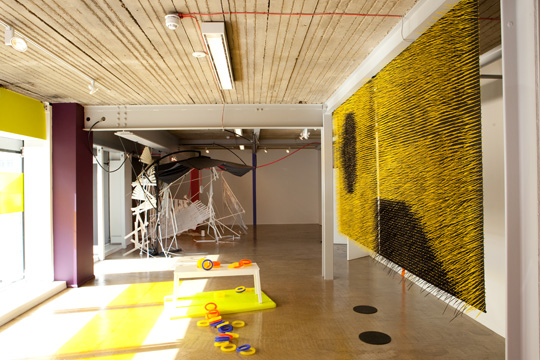 PLATFORM-A GALLERY, MIDDLESBROUGH RAILWAY STATION, ZETLAND ROAD, MIDDLESBROUGH, TS1 1EG
© 2019 PLATFORM-A GALLERY     LOGIN
In order to improve our website, we may use small files commonly known as cookies. A cookie is a small amount of data which often includes a unique identifier that is sent to your computer or device from our website and is stored on your device's hard drive. We use cookies to provide certain services to you via our website, including developing and improving how our website works, estimating our audience size and understanding how visitors use our website. By clicking Accept or using our site, you consent to the use of cookies. Accept